It all began with a single user’s voice: “I’ve given up on even going to the grocery store just two blocks away.”

In 2010, this statement from a close friend was the start of it all. He was a wheelchair user who didn’t like the negative attention he received while out in public. WHILL’s founders knew him to be an amazingly independent, fun-loving, and social person, and they were determined to create a mobility device that would allow him to live his life with confidence and enthusiasm.

This is why they founded WHILL.

Since that time, WHILL’s mission has been to transform today’s antiquated power wheelchair and scooter experiences into a new kind of empowering device: an intelligent personal electric vehicle (EV). Named one of TIME’s Best Inventions of 2018, WHILL is reinventing the personal mobility industry by combining state-of-the-art technology with aesthetically pleasing design.

Headquartered in Tokyo, Japan with offices in the San Francisco Bay Area, Taiwan, Canada, and EU, WHILL is focused on enabling everyone to explore the world in comfort and style.

Check out this video to learn more!

The story of WHILL began in 2009 out of a small apartment in Tokyo, Japan.
Today, WHILL has flourished into a global company with thousands of customers experiencing a new and exciting way to move, enjoy the activities they love, and explore unhindered.

Sugie worked for Nissan’s Advanced Transportation Department, where he helped develop the future of transportation based on real-user lifestyles. After Nissan, he founded Smile Park, an engineering startup that focused on new product development. In 2011, he co­founded the WHILL project. Sugie moved to San Francisco, California in 2012 to become WHILL’s CEO. Sugie has received worldwide recognition for his work, including the prestigious Silicon Valley Business Journal’s 40 Under 40 class of 2017.

Junpei joined Sony Corporation in 2008 as a product engineer developing automotive cameras. He co-founded Sunny Side Garage, an engineering innovation unit, in 2009 and produced several products with his team. In 2011, he co-founded the WHILL Project.

Kenji started his career in 1998 as an engineer at Panasonic, working on next-generation mobile communications technology. After experiencing corporate planning and strategic alliances, he made a career change to private equity in 2007, working as an investment professional at Unison Capital in Tokyo. Kenji has been supporting WHILL since 2015 and joined as COO / CFO in 2016. Kenji holds an MSE from Keio University and MBA from INSEAD.

Since graduating from Chiba University Graduate School in 2006, Keito has provided web engineering, design, and technical architecture services for major organizations such as Yahoo, Nissan, and Mercari. He joined WHILL as CTO in 2021, where he focuses on the development of services such as mobility sharing, e-commerce/rental, mobile apps, and other IT systems. 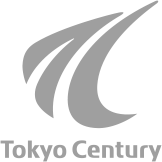 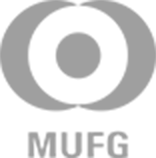